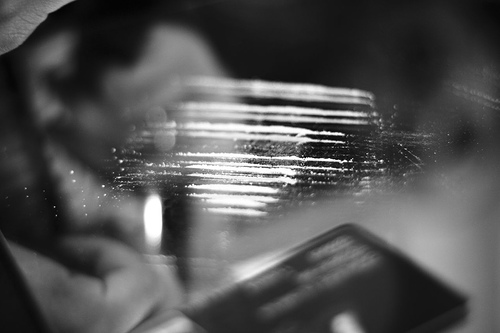 Ones personality is often a factor in the causes of cocaine abuse. Someone with a psychological disorder, someone who is easily angered, or has a lack of self control is generally at a greater risk for cocaine and drug abuse. Also, anyone with anxiety, loneliness, or other similar emotional struggles tends- to have a greater risk for developing a drug abuse problem or drug addiction. In these cases cocaine is usually used to deal with and cover up stress.
Another one of the main causes of cocaine abuse is the users biological makeup. This sometimes will affects how prone to cocaine use they may be. Also, some people may be more susceptible to cocaine abuse because they have an immediate relative that has been or is still an addict.
It is important to note, the causes of cocaine abuse can also be attributed to cocaines naturally addictive nature.  For many people, cocaine use becomes a compulsive habit. When cocaine is taken the user typically receives an euphoric high, but when the substance wears off an extreme craving is left causing the user to again take more cocaine. This vicious cycle is difficult to stop. In most cases the situation becomes so bad that more and more cocaine is taken each time to achieve that euphoric effect.
There has been controversy over the many possible causes of cocaine abuse. Historically, it was thought that cocaine abuse was caused by lack of willpower, by poverty, moral weakness, mental illness, genetics, family socialization, anti-social personalities, and societal problems. In truth, all drugs affect a "reward mechanism" in the brain. Each time the person uses a drug such as cocaine, they feel good which makes them want to use the drug again. This common feature could explain part of why people abuse drugs.

The main chemical messenger involved in the brain's œreward mechanism is dopamine. Each time the person uses a substance to feel good, the affect dopamine levels in the brain. Over time, changes in the brain occur (e.g., less dopamine is produced), which lessens the pleasurable effects of cocaine and larger amounts are needed to get the same feeling.

Many people believe in the existence an "addictive personality. They use this excuse as one of the causes of cocaine abuse. While this condition may exist, evidence shows that an "addictive personality" is a result, and not one of the causes of cocaine abuse. An "addictive personality" is often associated with poor self-esteem, trouble relating to people, a low tolerance for frustration, and a desire to escape reality. Many people abuse drugs such as cocaine following accidents, failures, breakups, losses of self respect, giving up on life goals, job problems, and the list goes on. What is common to all these pains and problems is the ABSENCE OF a better solution and an inability to resolve the original problem. Factually, what's missing was a real accessible solution to the problem in the first place.

While many people experiment with cocaine, not as many make cocaine abuse a regular habit. However, for many of those caught in the vicious cycle of cocaine abuse, help is not offered soon enough. Before long finances are in ruin, relationships hang by a limb, and physical health is on the edge. At this point, there may not seem to be any hope left as the cocaine abuse problem still rages on.