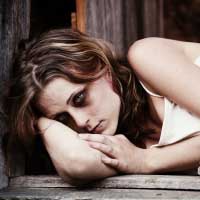 Cocaine abuse treatment is a vital step in the recovery process. However, there is a lot more to treatment than getting the individual to stop taking drugs. They also need to learn the tools necessary to avoid cocaine in the future once they leave treatment. Another area that is addressed in treatment is how to live day to day life without feeling the need to use cocaine to solve ones problems. Cocaine abuse treatment helps to restore the individual to their pre-cocaine using days and guides them to become a productive and functioning part of their family, workplace, and community.

While the individual is in cocaine abuse treatment they learn many valuable lessons about drug abuse, recovery, and relapse. This is also a time where they can address mistaken beliefs about their self, others, and their environment. Cocaine abuse treatment helps the individual make lifestyle changes, manage their feelings, develop coping tools, and learn drug refusal skills. They also learn to identify relapse warning signs and thoughts that may lead them to relapse in the future.

The goal of all cocaine abuse treatment programs is to educate the drug user to the facts about chemical dependency and the changes needed to live a drug free lifestyle. A variety of therapy can be included in a given drug rehab setting depending on the clinical intensity of the center. Most centers provide counseling, behavioral therapy, lectures, group therapy, discussion groups and other types of services to persons with drug use disorders. Many various behavioral drug rehab programs have been shown to help drug rehab patients achieve and maintain prolonged abstinence.

One frequently used cocaine abuse treatment method is cognitive behavioral and relapse prevention. Patients are taught new ways of acting and thinking that will help them stay off drugs. For example, patients in cocaine treatment are urged to avoid situations that lead to drug abuse and to practice drug refusal skills. They are taught to think of a relapse as a slip rather than as a failure. Cognitive behavioral and relapse prevention has proven to be an useful and lasting therapy in cocaine abuse treatment. In the end, the success rate of these various programs is a difficult thing to measure. Outcome studies seem to indicate an individuals success will be determined primarily by their willingness to incorporate new concepts and ideas into their lives and change how they handle lifes many stressors.